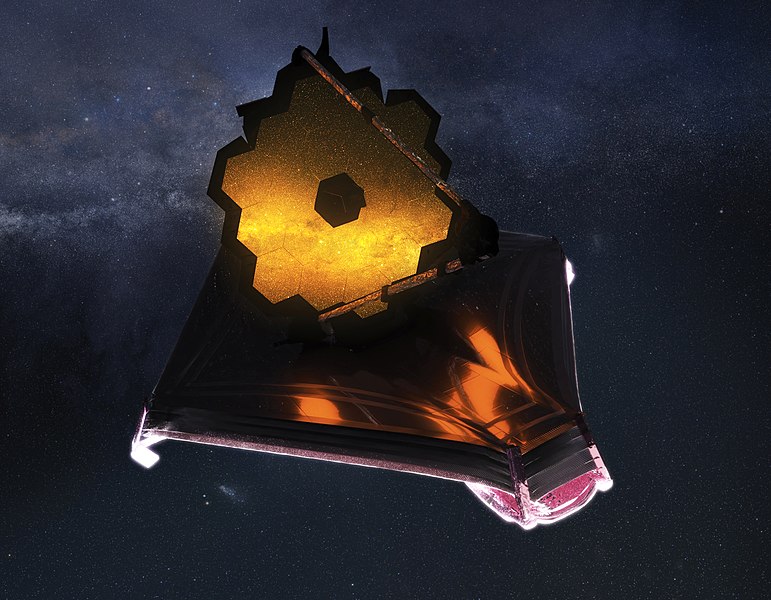 Whether they look down at earth, to the side at our solar system, or up into deep space, satellites are ingenious packages, jam-packed with technology, that help in answering all kinds of scientific questions. Right at this cutting edge of science and technology, the new Leiden-Delft-Erasmus minor Space Missions is for any science student with an interest in aerospace. Various staff members from the Planetary Exploration group are contributing to this new minor programme.

‘It is easy for scientists to think of satellites as tiny dots with virtually unlimited capabilities, circling the earth, waiting for interesting questions that need to be answered,’ says Jasper Bouwmeester, lecturer Space Engineering at TU Delft and initiator of the new Space Missions minor. ‘But it takes a lot of back and forth to translate a scientific question into instruments, components and orbits – the language spoken by engineers.’

The new minor Space Missions is a crash course into the science carried out with satellites and the underlying technology, culminating in a mission assignment carried out in a multidisciplinary team in which the students learn to overcome differences in culture and perspectives. ‘We provide a strong academic basis in astronomy, earth observation, planetary sciences, and satellite technology, because we want to cater to more than just students in aerospace engineering and astronomy. The aerospace sector is growing rapidly and also needs physicists, electrical engineers, you name it.’

Matthew Kenworthy, associate professor at Leiden Observatory, is looking forward to offering astronomy to students who would otherwise not be exposed to such knowledge. ‘Right now, it is the James Webb Space Telescope that grabs all the attention,’ he says. ‘It will look at the beginning of the universe, but there are so many other interesting questions to answer: star formation, exoplanets, are we alone in the universe. How do we get to the minimum working satellite that will answer these questions? We combine the strengths of Leiden University and TU Delft to help students understand this whole process.’

Earth observation is another hot topic in space science. ‘Looking down, rather than up, these satellites are used for improving climate models, for disaster management such as wildfires and flooding, and for monitoring dikes, icecaps and farmland,’ says Stef Lhermitte, assistant professor at the department of Geoscience & Remote Sensing. ‘My course will teach students how to translate a geophysical process you would like to understand into a signal that can be measured by a satellite. What can various parts of the electromagnetic spectrum teach us about earth’s processes?’

The mission assignment is where it all comes together. ‘This is where students learn to balance various requirements,’ Bouwmeester says. ‘High resolution images require a large satellite. But if you need nearly continual data, you may be better off with a swarm of cubesats. A higher resolution also means more data, requiring more power to transmit this data to earth. Space missions are almost always a compromise.’

Most importantly, the mission assignment will teach the students that the path from user requirements to mission requirements is anything but a one-way street. Kenworthy: ‘There is a lot of human interaction in which you need to challenge and negotiate with similarly highly motivated people. Collaboration is key. This is the case when designing a telescope on earth, and ten times more so when you build something for space.’

Use-cases for the mission assignments will be supplied by external mission clients such as the European Space Agency (ESA) or the Netherlands Institute for Space Research (SRON). ‘The use-cases will focus on questions that still need answering. Take ocean plastic, for example. Can we track this from space? Does it require a low-earth orbit? Or take the detection life-bearing molecules next to distant stars. Does it require a spectrograph, special cooling perhaps?’

Like a previous minor on space flight, Bouwmeester expects that the limit of sixty students will be quickly reached once enrolment starts in March. Space, after all, is exciting, adventurous. And don’t worry if you’re not a die-hard scientist. ‘We focus on space missions for scientific purposes such as pursued by ESA or ESTEC,’ Kenworthy says. ‘But the minor is general enough to also allow students to go into private space.’